"All I'm asking you to do right now is keep an open mind about this because the defendants believe that when you've heard all of the evidence and you've heard all of the cross examination by both sides, you're going to find that what I'm saying is right, which is that smokers in these programs do not cost more than non-smokers, and that Blue Cross can't prove that smokers in its program cost more than non-smokers. That's what we'll argue to you at the end of the case based on the evidence you've heard. And if that's true, if what I'm saying to you is true, that smokers don't cost more than non-smokers in this case, in these programs, then the state and Blue Cross are not entitled to recover any damages."
-- Peter Bleakley, Attorney for the Defense, Opening Statement from Trial Transcripts, January 26, 1998 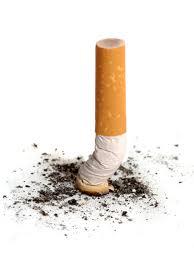 empower-u.net
​As the state expected, the industry used the familiar defense that tobacco use is a choice. Their experienced attorneys employed various legal strategies to prevent being required to exchange the companies’ internal documents with the plaintiffs. Even after courts ordered manufactures to produce the documents, tobacco executives resisted. When manufacturers eventually had to surrender the documents, they produced them with no filing or indexing system. Robins, Kaplan, Miller, and Ciresi finally gained access to 35 million pages of documents. What they found while exploring them tilted the case in the state’s favor.
Roberta Walburn, Partner, Robins, Kaplan, Miller, and Ciresi. In-person Interview, February 25, 2016.
"They're going to try to prove that smokers were deceived by bringing in experts to testify that what the defendants did was reasonably likely to deceive, that it was calculated to deceive and perhaps even that it did deceive, but they won't bring in the people who were allegedly deceived, none of them. Not one."
-- Peter Bleakley, Attorney for the Defense, Opening Statement from Trial Transcripts, January 26, 1998