On May 8, 1998, after hundreds of legal motions, a fifteen-week trial, a dozen appeals, including two to the US Supreme Court, the case was finally settled. 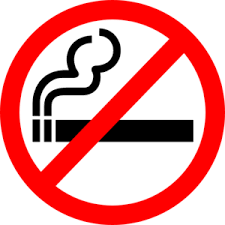 The greatest impact came from the exchange of 35 million pages of the industry’s documents, which revealed the industry’s misconduct and allowed the public to encounter the truth about Big Tobacco.


​As a result of the settlement, tobacco companies could no longer:


Effects were soon felt beyond Minnesota. Within a year after the trial, the tobacco industry negotiated a Master Settlement Agreement with 46 additional states and numerous U.S. territories. States received billions of dollars and the right to restrict tobacco advertising.

These defeats prompted tobacco companies to admit tobacco’s dangers, nicotine’s addictive qualities, and they began to develop safer cigarettes. This gave Big Tobacco new advertising opportunities to rebuild their public image and made them immune to future lawsuits for withholding knowledge and circulating false information.

"By insisting on going to trial, and obtaining the industry's most incriminating documents, Attorney General Humphrey has done a great service."
--Senator Edward M. Kennedy